Ms. Powers directly oversaw the International Migration Project of the Global Policy Initiative, which established a leading presence in the migration and refugee policy space. In this role, she supported the mandate of the former Special Representative of the Secretary-General for International Migration, Mr. Peter Sutherland, from 2014-2017; established partnerships with the UN Secretariat, IOM, UNHCR and others to host a Private Sector Forum on Migration and Refugees in 2016, and the NYC Global Mayors Summit on Migration and Refugee Policy and Practice in 2017. Ms. Powers is also a Commission Member of the Model International Mobility Convention.

Maggie is a graduate of Columbia University with an M.A. in Human Rights Studies and Loyola University Chicago with a B.A. in political science and international relations. 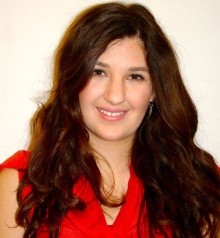 [email protected]
LinkedIn
Back to Top